When considering whether to follow the homeopathic route in the treatment of our own health or that of our friends and families, there is invariably, much confusion as to what homeopathy is and how it differs from conventional medicine. For ease of understanding, the underlying principles will be clarified, as far as possible.

The Organon and Homeopathic Philosophy

The Organon of Medicine, written by Samuel Hahnemann, the founder of homeopathy is the cornerstone of homeopathic principles and practice. The first edition was written in 1810 in aphoristic style (paragraphs with numbers.) The book lays out the doctrines of homeopathy in a logical sequence of thoughts and philosophy and practice. In total there were 6 editions, five of which were published in Hahnemann’s lifetime, the 6th completed in 1842, but he sadly passed away in June of 1843 before it could be published.  Thanks to the efforts of William Boericke the 6th edition was published in 1921.

In order to fully embrace homeopathy, it is helpful to understand basic homeopathic philosophy. If you have been following my blogs here, you will already be aware that I repeatedly refer to the mind/body connection and how symptoms should be treated in their totality as opposed to being seen as separate problems.  The fundamental tenet of homeopathic medicine is to treat the imbalances of ‘the vital force’ leading to ill health as a whole, ideally with one remedy which matches the symptoms of the mind, body and spirit (this remedy is known as the Simillimum.) The Vital Force is an undefined energy, capable of fuelling an organism, it is inherent in all living things, which if disrupted or disturbed can result in disease. “The material organism without the vital force is capable of no sensation, no function, no self preservation; it derives all sensations, and performs all functions of life solely by means of the immaterial being (the vital force) which animates the material organism in health and disease.” (Aphorism 10, The Organon)

Hahnemann refers to it also as ‘dynamis’, ‘vital principle’ and ‘vital energy’. James Tyler Kent refers to it as ‘The Simple Substance,’ which is the dominating force in the organism, the absence of this force, is death.  To help with an understanding of this, energy parallels can be found in various cultures; the Ancient Chinese know The Vital Force as ‘Chi, the Japanese and Koreans as ‘Ki’ and in the ancient Sanskrit writings of India it is known as ‘Prana.’ Underlying this, there are 4 basic principles which govern homeopathy; each of which will be discussed in the following blog posts.

To find a homeopath or find out more about homeopathy have a look here. 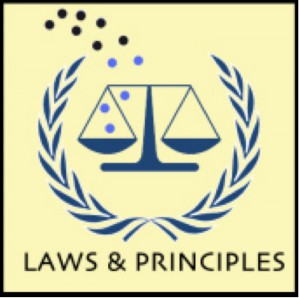